we need your support … if you do not want Siso’s death to be in vain and believe in this project … support it!

Siso the Sperm Whale was a young, ten metre long, male that in the summer of 2017 was caught by his flukes in an illegal fishing net off the Aeolian Islands. Despite the intense efforts of the Coast Guards, who managed to partially liberated him from the fishing net, Siso unfortunately died, after a long and painful agony.

His body was carried by the currents to the shores of Capo Milazzo, where the young Biologist Carmelo Isgrò, under the auspices of the Museum of Fauna of the University of Messina, stripped about 10 tons of meat, from the putrid water in which the Sperm whale was half-submerged, with the purpose of recovering the bones. During this operation, he also extracted a great deal of plastic from the stomach of the cetacean, including a black gardening pot and several plastic bags.
The day after the recovery, one of the friends who had helped the biologist in the operations, Francesco, was tragically killed in an accident on his scooter. Carmelo thus decided to name the sperm whale “Siso”, the nickname by which Francesco was affectionately known to his friends.
Today, after a long process of cleaning and treatment, the skeleton of the Sperm whale is finally ready to be mounted and exhibited to the public. 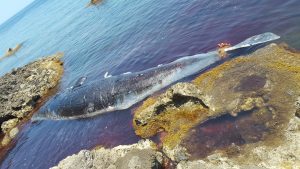 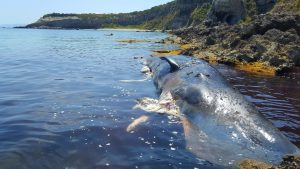 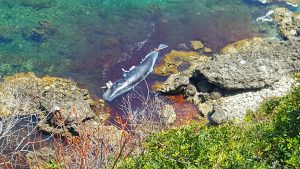 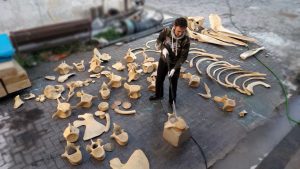 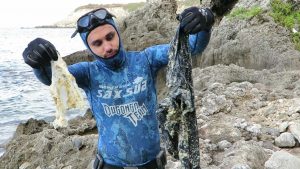